The 3rd Characteristic of Wealth is having Thick Skin, Dealing With Haters and Failing Forward Fast”.

#1 Creating Wealth with Integrity, Keeping Your Promises and Honesty

#2 Creating Wealth By Cleaning The Clutter In Your Life

What does is mean to have Thick Skin or Failing Forward Fast? 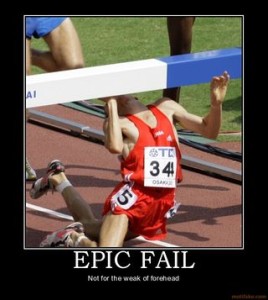 Everybody tends to fear failure. They fear what people think of them when they don’t succeed, or when things don’t go as well as planned. This leads people into a state of inaction, or at least an inability to take risks. The trouble with this is the best results always come from shrewd risk taking. Failure isn’t to be feared. Failure is a thing to seek after, in the sense that the lack of fearful decisions on the horizon is a signal of status quo to come.

You can’t grow a business (or a personal brand, resume, etc) by living in status quo. Growth and advancement take risk; otherwise everybody would own a million dollar company, for example. Also – it’s said that people grow and learn best after failure. Failure creates lessons learned, and lessons learned create a change in behavior. When you know something didn’t work, you tend not to do that same thing again.

Think about it from a technology perspective. Most of my learning experiences have come out of struggling through broken code, or a learning a new technology (by fire, alone-without help), for example. Contrast this with attending a conference, where I get a fire hose of information and have forgotten most of it a month later. Failure burns information in your brain. The “happy path” of learning in a fearless environment is an illusion.

You can learn what to do, or what not to do, from a peer or a book, but when you EXPERIENCE it (failure, in particular), you really remember. Therefore, failure is good.

What are your goals? Where do you want to be in a year? In five years? Well, I bet there are 100 other guys out there who have the same goals. Who’s going to get there first? You?

If you want it to be you, you need to FAIL FAST. Seek failure. Take risks. Go big or go home, as they say. Learn, grow, respond, and act. FAIL FORWARD FAST.

Perhaps Seth Godin says it best in his book, Tribes:

The secret is being willing to be wrong.

The secret is realizing that wrong isn’t fatal.

Are You Ready To Start Creating Wealth & Implement These Characteristics of Building Wealth? 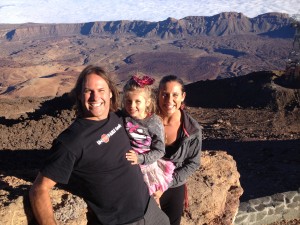 Work With The Unstoppable Family Now by watching this video

Characteristics Of Wealth #2 & How To Attract More Into Your LifeBlog, Leadership 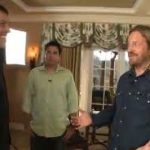