There are many things to consider when you are thinking about where to travel. If you are a tech junkie, or do a lot of working remotely, then you might want to consider which countries have the fastest internet speeds.  As a freedom-preneur, reliable internet is pretty important to how we live our lives the way we do [sort of like water]  Although we currently live in Bocas, Del Toro Panamawhere the speeds barely peak over

We use Speedtest.net  by OOkla where ever we go to ensure good connection.

Let’s get this clear, I’m not super smart, and I didn’t just know which countries have the best hookups.   However, I do love to research and found a reliable source that tracks this kind of information.

Where the internet zooms around the world

Good ole Al Gore may have invented the internet, but the country where he served as Vice President under Bill Clinton for 8 years is far from the fastest.  According to IT consulting firm Akamai, these are the best countries to plug in if you feel the need for speed.

1. Hong Kong Makes it to the Top

Who else is surprised that Hong Kong has the fastest speeds? They barely made it ahead of the leader of 2013, which was South Korea. They were actually in third place last year. Talk about advances.

If you head that way, you can get 65.4 megabits per second. That is four times the average across the globe. What is even crazier, is that the speed jumped 21 percent over what they were running last year. 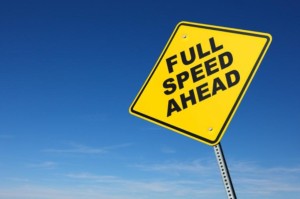 South Korea takes second place at 63.6 megabits per second. Hong Kong beat them, but barely. This is an incredible jump for them, because the average grew 19% higher in just one quarter.

It’s no wonder they are making such advances since they are the home to Samsung and LG.

Even though they were bumped out of first place, they are still in the running for first place. I wouldn’t be surprised if they switch places with Hong Kong in 2015.

3. Japan Slides Down to Third Place

Honestly, I would have assumed that Japan would be the top of the list with their technological advances. I’m not saying third place isn’t a good spot. Last year they were in second place. Since Hong Kong jumped so far ahead of everyone, it knocked down the two leaders.

What is surprising is that they top off at 52 megabits per second. It seems like the gap would be a bit closer to the speed that South Korea and Hong Kong are putting out. Either way, it is 6.4 percent faster than what they were doing last quarter.

4. Singapore Soars With Speed Into the Fourth Place

I’m not entirely sure where Singapore ranked last year in the way of speed. I can tell you that it didn’t make it into the top 10 countries.

This year, they are fourth place. You can get 50.1 megabits per second which is 3x’s the global average.   Want to hear something astounding? Their speeds jumped up 63% over where they were last year. That is an insane increase.

Israel has grown by leaps and bounds as well as Singapore. Their speeds are 47.7 megabits per second. That is 55% higher than where they were last year. By next year, who knows how high their speeds might get.

These are the top five countries for internet speeds. If you are looking to do some vacationing and need fast internet, one of these countries might be your best option.

7. Czechs move above the USA

First quarter 2013 got even faster for the netizens of the U.S., with speeds averaging 8.6 Mbps, according to Akamai.

USA will always be in the top, but has never been a competitor to the Asian technology growth.

Those Nordics got the best of everything, don’t they? Except weather. The Swedes had speeds averaging 7.3 Mbps, up 29% from a year ago. In the first quarter of 2013, average connection speeds were 8.3 Mbps. 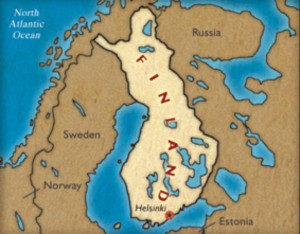 Last year’s megabytes per second (Mbps) speed averaged 7.1 Mbps, up 20% from a year ago. In the first quarter of 2013, average speeds for broadband internet connections were 7.7 Mbps, according toAkamai.