A Mother’s Perspective…Should I Stay or Should I Go? 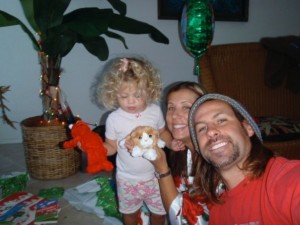 And then their was surf….all around the world that is

As I have been digging through memories of stories where I have learned core lessons and then applied them in order to become the Unstoppable Family that we are today, some have really stuck out as incredible and profound. As many of you know, we are writing our book so getting truly connected to the moments that defined us being where we are today has been of the most importance.

Hanalei has been a big part of what has guided so many of the decisions that I have made in my life. When I think about it, she is the main reason that we are living the incredible life that we are today and I look forward to the day when she can truly understand the gift that she is to Brian and I… When I decided to become a business owner, it was because of her. Many of you are familiar with our stories and know that I did not want to raise my child in daycare and simply would not stand for it. This blog is not to tell you about that decision, but it does relate to the beginning of the lesson that had me confident enough to take my little girl out into the world and know that she would be ok. In order to know that she would be ok, I had to know that I would be ok as well. When I was working for the pharmaceutical company, I recall when the women who had children were told that they would need to come in earlier and stay later despite the youngsters they had at home. At that moment, I knew that I needed to begin considering something new, as I believe that a mother’s touch can not be replaced by anything or anyone and is instrumental in raising the most healthy child possible. I wanted to raise my child and I knew that there had to be a way that I could.

This was of course when I began working for myself, and the clarity of being an at home mother drove me to the outrageous success that I experienced. That success that I was experiencing did come to a stand still at one point as Brian and I faced losing it all in a real estate deal that went south. No one could have predicted that this would have happened and that same solid belief that had me decide to go on my own to make a living, had us put all that we had into a golf course development. When this went under there was no way that we could keep it all together and keep our heads, if you will. At that moment I thought to myself, “what am I supposed to do, go find another job?” How could I abandon the commitment that I had made to this little girl before brining her into the world? I could not yet I was not sure what to do…

Brian had been mentioning the 4 Hour Work Week, by Tim Ferris, to me repeatedly and finally I was open to it and I listed to the section that is specifically on mini-retirements. As I contemplated this option I had to think about my precious Hanalei. How could I take her away from this life? How could I change her environment and subject her to the elements of second and even third world countries? Would she be ok? What would she think of me? Would she think that I had failed her because I was taking away her nice home in San Diego?

This was a mother’s perspective and I say that because the maternal way that a mother views the world is just different from how a father views it. Brian was clear that it would all be fine and of course it would be, yet I had to inventory what I was thinking and how I thought that this would go. I realized at that moment that everything I was concerned of were just limiting beliefs and I had no more proof that she would think any of those things than any other options. She loves me. All she knows is my energy, and me, especially at such a young age. If I was to be confident and loving and sure, so would she. At that moment I became so aware of my energy and became clear that just 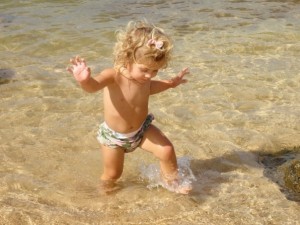 like when I made the decision that I would raise her myself, that I too could do this and that it would be whatever we made it. Four years later my little girl has many stamps in her passport and has a keen sense for language and sees her country as the world. She has an understanding and interest in the entire planet that only the world itself can teach and her perspective on life is priceless. At any time we can instill this in our children and if I learned anything, it was that anything is possible and my confidence and clarity was all she needed to have a great life!