Sunday Is a Day Of Living & Giving

It’s about LIVING & GIVING and the Fijian Rugby Team we sponsored 3.5 years ago and how it felt to our family and to theirs.

We had been living on the on the south coral coast for a few months at the Fiji Hideaway Resort & Spa, Sigatoka.

Yes, we were actually living in a resort. ( it was amazing )

We had a very simple Ocean Front Bure’. 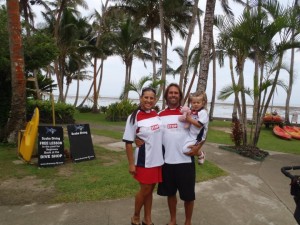 2 beds, an outside shower a little refrigerator and view to die for directly in front of us, each night we went to the restaurant for dinner and watched the fire show led by the Fijian guys that worked at the resort.

Tagimoce Vakatalai Jahkinjo Chris Tamani Elijah Danial Dunn were 3 of Hanalei’s ( Brown Brothers) she called them, and they called her their Pink Sister.

Living in the resort was less expensive than renting a home on the island, and made our 6 month stay amazing.

Now, Let’s Get To The Rugby Team Story.

After a few months of living at the resort and really getting to know the people of the island and their families we learned about this settlement in Cora Levu. 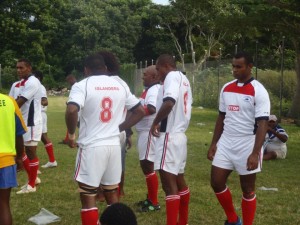 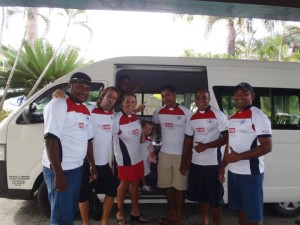 This was a group of islanders that came to the coral coast to live and to find work for their families. They were not part of the same tribe but became one because of a common thread.

To seek a better life for their families.

We learned that the boys of the settlement had a rugby team (Islanders) and were competing in the championship match in the next month and were raising money to get new uniforms. At this point they had only raised $200 and the idea of new uniforms was looking grim.

Since we have made GIVING a part of our life and our travels,

We started to ask some questions, and met up with the coach to talk about their needs after chatting a bit we decided we wanted to help these guys get uniforms for the BIG MATCH in 1.5 weeks.

We jumped in a car with Tagi and headed to Suva to talk with the guy that prints their uniforms.

Watch the video above of our ride to the shop and hear what Tagi had to say about the guys reaction when we told them we would sponsor them. So we signed the documents to get the whole uniforms for the team, and presented to them the day before the big match.

THE UNSTOPPABLE ISLANDERS Was Born!

This was the most rewarding moment of our lives, to have the opportunity to help these guys and to be part of their family, we are still connected to many of them at the Hideaway and the Settlement.

Watch this video of Game Day 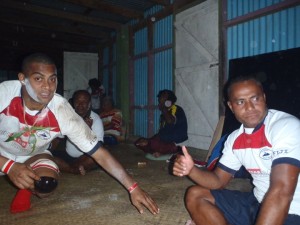 See the full album here
We have incorporated Living & Giving as a part of the Unstoppable Family philosophy.

Whether we have the extra funds or not…we still give.

We want to encourage all of you to incorporate LIVING & GIVING into your life, at whatever level. You will not only create a better world around you but spread the vibration of abundance and keep our faith in humanity.

Have an UNSTOPPABLE Sunday my friends . 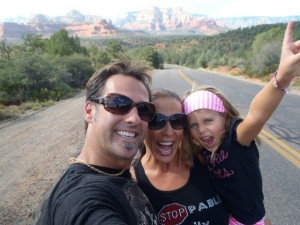 How To Celebrate Halloween In Spain?Blog, Family, Travel
Developing A Personal Brand That People CraveBlog