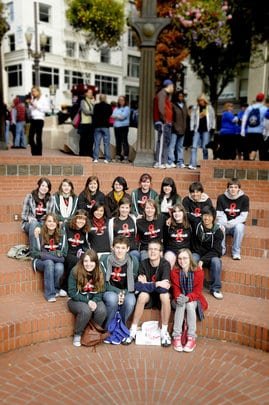 The Unstoppable Family launched their Unstoppable Family project to give back to the communities which they visit. In Fiji, we sponsored a local rugby team consisting of islanders, so that they could have rugby kits they otherwise could not afford. In other countries we have picked charities to donate to, and since we’re going to be in the United States until the New Year, we have decided to donate a portion of all our profits to an AIDs charity in honour of Brian’s father. After Brian’s father died of AIDS he decided that he wanted his family to see as much of the world as possible before it’s too late. The charity we are donating to is Cascade AIDs project. We will be giving to the AIDS Walk Portland to help prevent new HIV infections, care for and empower people living with HIV/AIDS, and eliminate HIV/AIDS-related stigma.