December 15th, 2010 marked the anniversary of Walt Disney’s death, and we happened to be at Epcot in Disneyworld Florida on this day. Walt Disney died just 10 days after his 65th birthday and Disneyworld wasn’t finished until after his death. But Walt Disney had an incredible vision to create a world where people’s dreams could really come true, where anything is possible. He thought big and created a place where people could enjoy themselves and let their imaginations run wild. 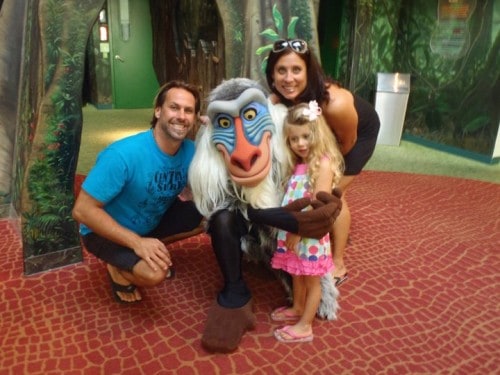 Walt Disney is known as an optimist, and someone who overcame obstacles to follow his passion, so his story is in inspirational one to the Unstoppable Family. Disney began making short animated films in Kansas City for local businesses, but ran out of money and his company went bankrupt. Instead of giving up, he packed his bags he headed for Hollywood at just twenty one years old, with an unfinished print of an animation called The Alice Comedies. He receive knock backs and adversity over the years, but you know the rest. Snow White, Pinocchio, Dumbo, Bambi…his animated films have brought smiles and happiness to so many faces.

A world without his legacy, without Mikey Mouse, without his movies and his theme parks, is unimaginable. Because of Walt Disney, we were able to spend a magical Christmas in Florida with our family and we’re making our own dreams come true too. He is a symbol of dreams, optimism, facing adversity and thinking big.

“All the adversity I’ve had in my life, all my troubles and obstacles, have strengthened me… You may not realize it when it happens, but a kick in the teeth may be the best thing in the world for you.” – Walt Disney