Story Of Cortez & Burning The Boats 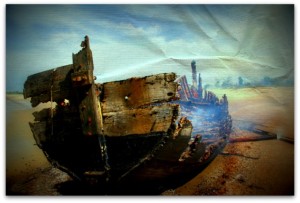 According to legend, Spanish conquistador Hernán Cortés issued a rather interesting order to his men as they began their conquest of the Aztec empire in 1519.

The order was simple: Burn the boats.

He wanted his men to realize that they had no opportunity to retreat, so they had to give this fight everything they had. Failure was no longer an option and winning this battle just became that much more important.

There is much debate about the legitimacy of this story, both in reference to the true intentions of Cortés and whether the actual burning took place at all. However, regardless of the accuracy in this particular case, it illustrates an important point which can be applied to almost everything we do. Moreover, the concept of “burning the boats” is something that goes back to ancient times, as noted by Napoleon Hill in Think and Grow Rich: A long while ago, a great warrior faced a situation which made it necessary for him to make a decision which insured his success on the battlefield.

He was about to send his armies against a powerful foe, whose men outnumbered his own. He loaded his soldiers into boats, sailed to the enemy’s country, unloaded soldiers and equipment, then gave the order to burn the ships that had carried them. Addressing his men before the first battle, he said, “You see the boats going up in smoke. That means that we cannot leave these shores alive unless we win!

We now have no choice—we win, or we perish! They won. 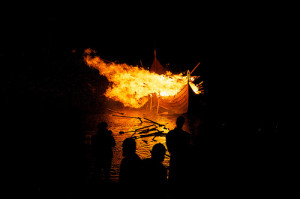 Every person who wins in any undertaking must be willing to burn his ships and cut all sources of retreat. Only by so doing can one be sure of maintaining that state of mind known as a burning desire to win, essential to success.

As Hill points out, when faced with a risk we should eliminate any obstacles that might hold us back from giving our full effort. If in the back of our minds we know that we have an escape plan if a new venture fails, are we really going to shoot for success with as much effort as if we knew this was our last and only hope?

Don’t get me wrong, I’m not saying throw out all your backup plans, but just be mindful of how having something to fall back on can sometimes reduce our capacity to succeed. What we should take from the story of Cortés and the burning boats is that life is filled with risks and unknown circumstances, that is just a fact. However, it is the way in which we approach these risks that makes all the difference.

If we embark upon something—be it a new business venture, a academic project or whatever you have your mind set on—we should work at it as if our lives depended on it. For the men under the command of Cortés, I guarantee you that when their ships were in flames and left them no opportunity for retreat, they didn’t just want to win, they needed to win, in order to survive.

Shouldn’t we approach our new ventures with a similar mindset?

That’s what putting your heart and soul into something means; it is all about the degree of passion you bring to the table.

As Gary Vaynerchuk would say, that is the only way to truly Crush It!

Are You Willing to Burn Your Boats?

If you want to be more than just ordinary (which, if you don’t, you’re reading the wrong site and you need to leave now) then at some point you’re going to have to learn to burn your boats. That means choosing to go all in on whatever it is you’re doing – really committing to it fully.

When you choose not to commit fully to something that is genuinely important to you then you’re already setting yourself up for a fate worse than failure – never really trying to begin with.

They focus and work hard on it.

They sacrifice for it.

They’re willing to take serious risks in order to force themselves into serious opportunities. 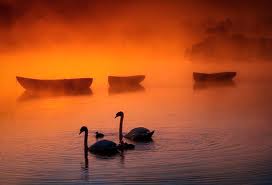 If you also want to lead an incredible, UNSTOPPABLE life then you need to look at the things you’re doing now and ask yourself, “Am I fully committed to this?

Am I willing to potentially give up everything in order to succeed or does that sound too hard?”

This applies to everything from language learning to fitness to entrepreneurship and finding truly fulfilling work.  Are you willing to skip TV time and go a month without video games in order to spend that time learning a new skill, business or trade?

Are you capable of not eating the crap you usually eat, exercising your self-control when it’s the most difficult to do so and putting in the hours of sweat and toil in the weight room?

Are you bold enough to quit the secure job that you despise in order to have enough time to find out if your dream business can actually succeed, even if there’s zero guarantees that it will?

Break your kettle and burn your boat.

If you’re always too scared or lazy to go all in, you’ll never be more than ordinary.

Have you gone all in and fully committed yourself to an endeavor?

Share it with us in the comments and how it worked out for you.