Is The Guy A Jerk? You Be The Judge… 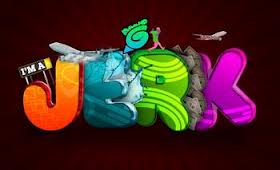 This morning I was walking through the trails by Camp Richardson, here in South Lake Tahoe and had to shoot this video because some guy riding his bike yelled at me for checking my cell phone.   So I shot this video discussing how I reacted to the situation.

You never really know what is going on with people, so it is up to us how we “wear” what they say and how we react.

What do you think  you would have done in the situation?  Would you have yelled back and allowed what the guy said ruin your day?

There are more benefits to rolling it off your shoulders than allowing yourself to wear it that is for sure!

5 Steps to dealing with impossible people

It’s up to you to BE UNSTOPPABLE!!

Are you Sabotaging Your Success with the Promises you Make to Yourself?Blog, Lifestyle Tips
The Unstoppable Cockroaches? [40th Birthday Straight Talk]Blog