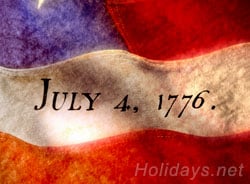 Independence Day is the national holiday of the United States of America commemorating the signing of the Declaration of Independence by the Continental Congress on July 4, 1776, in Philadelphia, Pennsylvania.

At the time of the signing the US consisted of 13 colonies under the rule of England’s King George III. There was growing unrest in the colonies concerning the taxes that had to be paid to England. This was commonly referred to as “Taxation without Representation” as the colonists did not have any representation in the English Parliament and had no say in what went on. As the unrest grew in the colonies, King George sent extra troops to help control any rebellion. In 1774 the 13 colonies sent delegates to Philadelphia Pennsylvania to form the First Continental Congress. The delegates were unhappy with England, but were not yet ready to declare war.

The battle of Concord and its “shot heard round the world” would mark the unofficial beginning of the colonies war for Independence.

The following May the colonies again sent delegates to the Second Continental Congress. For almost a year the congress tried to work out its differences with England, again without formally declaring war.

independence. Headed by Thomas Jefferson, the committee included John Adams, Benjamin Franklin, Robert R. Livingston and Roger Sherman. Thomas Jefferson was chosen to write the first draft which was presented to the congress on June 28. After various changes a vote was taken late in the afternoon of July 4th. Of the 13 colonies, 9 voted in favor of the Declaration, 2 – Pennsylvania and South Carolina voted No, Delaware undecided and New York abstained.

To make it official John Hancock, President of the Continental Congress, signed the Declaration of Independence. It is said that John Hancock signed his name “with a great flourish” so “King George can read that without spectacles!.” 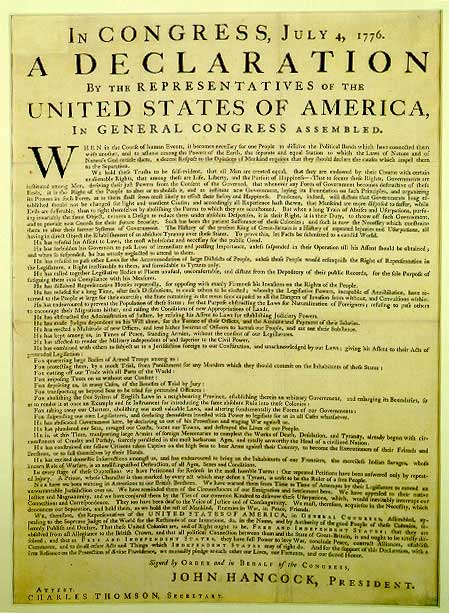 Proclaim Liberty Throughout All the Land Unto All the Inhabitants Thereof

And although the signing of the Declaration was not completed until August, the 4th of July has been accepted as the official anniversary of United States independence. The first Independence Day celebration took place the following year – July 4 1777. By the early 1800s the traditions of parades, picnics, and fireworks were established as the way to celebrate America’s birthday. And although fireworks have been banned in most places because of their danger, most towns and cities usually have big firework displays for all to see and enjoy.

Info collected from wikipedia and PBS.com

What Are The Best Times To Post On Facebook?Blog
Unstoppable Family Hosts Empower Hour at 9pm ESTBlog