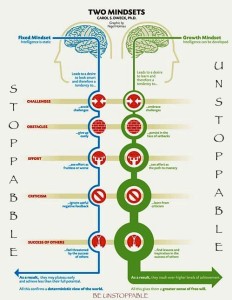 Lately I have been really tapping into the brain, mindset’s and the difference between a “fixed mindset” and a “growth mindset”.
I am diving into this information so that I can be at the top of my “parenting game” when it come to speaking with Hanalei, and my “leadership game” when working with my business peeps.

Today I learned something that was very eye opening.

I am in pure belief that our mindset relates directly to whether we grow or plateau in life. This is simple stuff, think positive, get a positive result…think negative and get a negative result.

But, today I was reading an article by Dr. Carol Dweck and it made me slow down…and read intently.

The Praise a Child Should Never Hear

“For decades, child psychologists and educators had operated under the assumption that praise boosts self-esteem and, ultimately, performance.

But after some of the early research on praise was called into question, some psychologists have begun looking at whether complimenting children on their innate abilities actually could hurt them.

A study of 400 fifth-graders conducted by psychologist Carol Dweck and a team at Columbia University in which the children took three tests.

The second test purposely was made difficult enough that every child failed.

What the scientists found was that kids who had been praised for their effort recovered from that failure by the third test to achieve scores 30% higher than on their first test.

Meanwhile, the students who were praised for their intelligence had scores that were 20% lower.

Ms. Dweck’s conclusion: You should praise children for qualities they can control, like effort. Those praised for their innate brainpower might develop the sense that hard work isn’t necessary.

Applying this research to my own life, I find  Hanalei responds well to process-centered praise (good work chasing down the ball). The 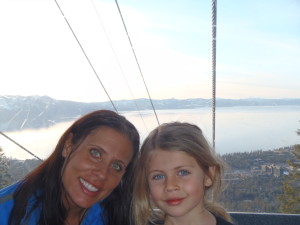 “We expect so much of [our children], but we hide our expectations behind constant glowing praise.” Being too quick with praise can be as detrimental as jumping in too soon to help with a homework problem — it robs kids of the rewards of discovering how smart they are on their own.

It has also confirmed my belief that success can be enjoyed by anyone as long as you are willing to put the time and effort in to become successful.

I choose to have an “Unstoppable Growth Mindset”

Lets see the wave of UNSTOPPABLE MINDSETS we can create.