“I tell my kids, what is the difference between a hero and a coward? What is the difference between being yellow and being brave? No difference. Only what you do. They both feel the same. They both fear dying and getting hurt. The man who is yellow refuses to face up to what he’s got to face. The hero is more disciplined and he fights those feelings off and he does what he has to do. But they both feel the same, the hero and the coward. People who watch you judge you on what you do, not how you feel.”
—Cus D’amato, legendary boxing trainer 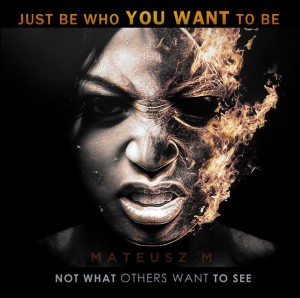 When we work with entrepreneurs, the two key characteristics that we look for are risk tolerance and courage.  In my experience as an entrepreneur and business coach, I found that the most important decisions tested my courage far more than my intelligence.

The right decision is often obvious, but the pressure to make the wrong decision can be overwhelming. It starts with small things.

When making the right choice requires intelligence and courage

Sometimes the decision itself is rather complicated which makes the courage challenge even more difficult.  Entrepreneurs possess a different set of data, knowledge and perspective than anybody else.   Frequently, there are  others  more experienced and more intelligent than you.  Yet, the only reason the entrepreneur can make a better decision is her courage to stand for what she believes in and go for it despite what others think.

To make matters worse, when an entrepreneur faces a particularly difficult decision,she may have only a slight preference for one choice over another—and wants to turn to a friend, family or colleague to help her make the best decision.   The one she is turning to is not an entrepreneur and has never taken risks or stood out of the crowd.

What do you think happens? 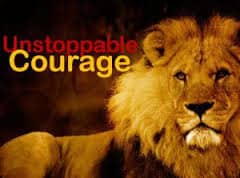 to play it safe and not take as big of a risk because it may end in failure.

Her courage will be severely tested.  How can she move forward when she is not even sure if the she is making the right decision and everyone is against her?  If she’s wrong, she will have been wrong in the face of advice from her advisors.

If she is right, will anybody even know?

The general problem can be seen in the social credit matrix described below. The expected social rewards for making the crowd-influenced decision appear better than those for making the decision that you think is right:

On the surface, it appears that if the decision is a close call, it’s much safer to go with the crowd or advice from her friend. In reality, if you fall into this trap, the crowd will influence your thinking and make a 70/30 decision seem like a 51/49 decision. This is why courage is critical.

Every fighter that ever lived had fear. A boy comes to me and tells me that he’s not afraid, if I believed him I’d say he’s a liar or there’s something wrong with him. I’d send him to a doctor to find out what the hell’s the matter with him, because this is not a normal reaction. The fighter that’s gone into the ring and hasn’t experienced fear is either a liar or a psychopath…
—Cus D’Amato

In life, everybody faces choices between doing what’s popular, easy, and wrong vs. doing what’s lonely, difficult, and right. These decisions intensify when you stand on your own and become an entrepreneur, because the consequences get magnified 1,000 fold.  As in life, the excuses for an entrepreneur making the wrong choice are always plentiful.

When I chose courage

I remember 9 years ago when I made the decision to quit my job and start working online.   My husband, my friends, my family and even those I didn’t ask told me I was crazy and irresponsible.   I was stuck in a whirlwind of other people’s advice and fears.  How did I overcome the fears and push through?

I went inside and asked myself these questions.

“Why is this decision so important to you”?

“What if you make the wrong decision, how will you react”

“Are you willing to fail”?

Once I was clear with my “Why” and my “Vision”  I had the courage to move forward despite what others said.  I will be honest, it wasn’t easy but it was worth it.   I have failed, fallen and bounced back up more times than I can count.

Because of this I know that I can make it through any decision I encounter with or without the advice of others.  My courage level and my risk tolerance has increased as time goes on.  I can now ask others opinions and make a decision based on how I feel not what others tell me.

Being Courageous is UNSTOPPABLE! 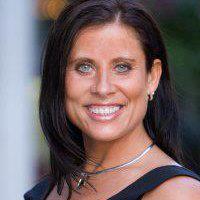