Are you Sabotaging Your Success with the Promises you Make to Yourself? 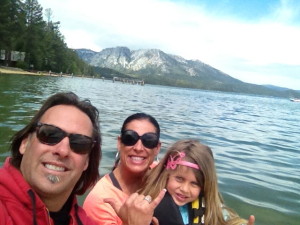 If we are the ultimate controller of our results…

Then why would we break promises to ourselves or sabotage the very map we set out to explore and discover?   Well, I figured this article would be a great resource for us to find out and take action on those  behavior’s that are not serving us!

5 tips to get you out of your own way

“Self-sabotage is when we say we want something and then go about making sure it doesn’t happen.” ~ Alyce P. Cornyn-Selby

A talkative mouse, a rat, and a small shrew were trapped in a flood, desperately clinging to the side of a lily pad – and sinking fast! A helpful owl came to their rescue, first telling the rat to clamp its teeth onto its talons as the owl flew to safety and then returning for the shrew, who received similar instructions. Finally, as the tides rose ever higher, the owl came back for our talkative mouse.

“You are rescued and will live!” said the owl. “But I’ve noticed you talk a lot. Promise me you’ll keep your mouth closed around my legs and on no account open it, or you’ll fall to your fate!”

“Of course!” said the mouse, who proceeded to clamp his mouth onto his feathered rescuer’s landing gear.

They took off and flew across the floods. The owl was about to land on some high ground, but the mouse decided he wanted to alight some other place to get dry.

“Not there…” shouted the mouse, but those were the last words he ever spoke as he fell into the swirling waters below.

We can all laugh at such a silly tale because we never behave in such self-destructive ways, do we? Of course we do – although perhaps not as obviously – but why?

The main reasons for self-sabotaging behaviour

Okay, the mouse’s behaviour came from ignorance and heedlessness; he just didn’t think. But we mess things up for ourselves in other ways, too – and for other reasons, which include:

But surely if people know they are doing this, they wouldn’t do it!

So is sabotaging ourselves an unconscious affliction?

People seldom mean to sabotage themselves. It’s not generally a conscious decision to spoil things – and that’s a problem. We can be left with the feeling: “Why did I do that?!” Many of our emotional drivers remain unconscious, which is why chronic self-saboteurs will often use conscious justification (or what seem like excuses) to explain why they had to:

Early learning – or should I say mis-learning – can create the habit of self-sabotage and ‘things going right’ may seem like a scary and foreign country. If you feel you are prone to this sort of behaviour, then these tips may well help you (as long as you let them).

Forget justifying why you did (or didn’t do) this or that; just watch yourself. The adage “don’t listen to what people say, but watch what they do” to see what they’re really like can be applied to yourself equally well. Imagine you’re someone else whose behaviour you’re watching. Ask yourself: “What did I do there?” and “What was driving it?” Was it fear, spite, the need to be in control (even if that control is related to making things fail), the need for excitement through conflict, or the desire for attention through sympathy?

One client who did this realized that he had been unconsciously reluctant to earn more than his (bullying) father had done when he was alive: “As if I couldn’t betray him by being better off than he had been.” This realization helped him overcome this limiting belief once he had observed it operating within himself. He decided to actually ignore it until the old compulsion not to succeed became a faint whisper, then died away all together.

What do you sabotage and how? Get to ‘know the machine’. Seeing your own behaviour more clearly has nothing to do with over-applied self-blame, but rather being more objective.

Strongly imagine (and get into the habit of strongly imagining) what true success will be like, because it may be different from what you’d been unconsciously assuming. Successful relationships, for example, don’t work well all of the time; earning good money doesn’t solve all problems. Success isn’t black or white; it’s all relative. So remember that becoming successful (in whatever way) won’t feel so strange when it happens, because it is a natural part of being human – but theidea of success may feel strange.

3) Don’t throw the baby out with the bathwater

People often self-sabotage because of perfectionism – if it isn’t perfect, then what’s the point? You may have heard about recent research (1) which showed that people on strict diets, trying to lose weight, will more likely overeat if they feel they have veered off their diet even slightly: “What the hell, I’ve blown it now. I might as well completely binge!” People not on diets don’t do this so much. So if you have a little setback or mini-failure, consciously stop yourself from throwing it all away and seeing the ‘whole thing as just ruined’ and thenreally ruining it.

Most of us don’t like to consider ourselves as selfish, but it is also true to say (not from a judgemental perspective; more of an observational one) that self-sabotage ruins stuff for others and is therefore a selfish behaviour. People so often deny they are behaving selfishly because they don’t intend to be selfish. But behaviour is behaviour.

So the lover who feels compelled to end a great relationship hurts another, the co-worker who sabotages a project scuppers it for everyone else, the father who sabotages financial opportunities spoils the chance of a better standard of living for his family, and so on. Once we get into the habit of seeing the needs of the wider group rather than just our own emotional impulses, it actually becomes harder to sabotage situations.

All of life is an exploration. Imagine if Cinderella had decided she really couldn’t go to the ball, even when she had the opportunity; or if the ugly duckling had concluded it wasn’t ‘good enough’ to fly high with the swans. Being open to life means seeing where certain experiences will take you and accepting openly the good as well as the bad. Of course, if something really isn’t working or it genuinely isn’t for you, that’s fine; but if it’s really a reluctance to explore life and to experience the good and healthy, then it is an area that needs some self-work.

The mouse in our story failed to observe the bigger picture when he felt compelled to talk, but you’re not a mouse (I’m presuming) – so you shouldn’t live like one.

I hope my video and Mark’s article assisted you today in getting out of your way and taking action.

Are you ready to take the next step?   Share below.. 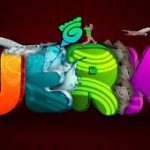 Is The Guy A Jerk? You Be The Judge…Blog, Home Business Tips